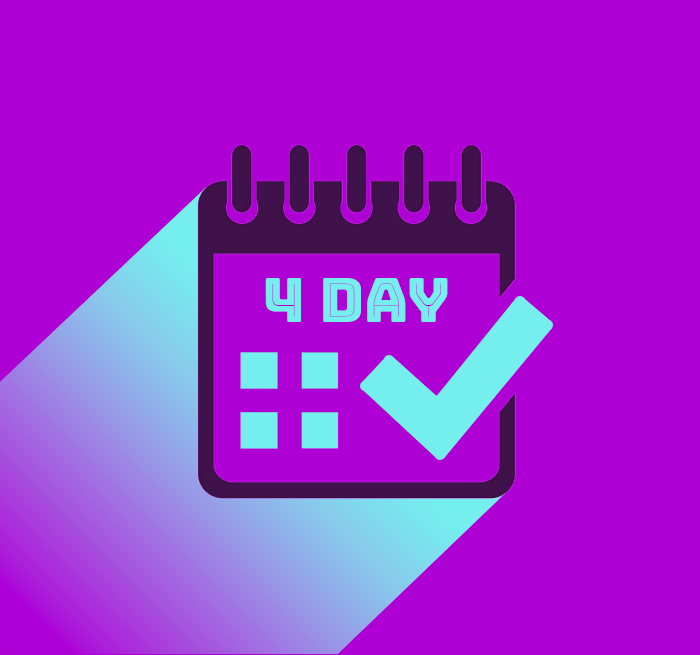 At the start of this year, Culture Foundry started a trial run at a 4-day workweek. The rationale can be found in our original post on the topic. The parameters of the trial:

That six months is up. Here’s what we learned and what we’re doing next.

4-day workweek: what we learned

Most of the team loved it

Our hope was that a 4-day workweek, even every other week, would be a much loved benefit that would be a cornerstone reason to join and stay at Culture Foundry, particularly in the context of the Great Resignation and a competitive talent market. To hear most of the team tell it – often effusively – that has proven powerfully true.

We’ve noted in team discussions that weekends tend to have three types of demands: errand / chore time, family / social time, and unstructured / “me time”. The ability to focus a day on each helps team members return to work fresh and focused.

Praise of the 4-day workweek was genuine, but not ubiquitous. No one was “anti” per se, but one drawback cited was that it can interrupt the run of consecutive heads-down workdays needed to get into the flow for a big delivery, meaning that extra day off can sometimes be as much an interruption as a benefit.

We put the squeeze on meetings

Moving toward a 4-day workweek forced us to put some teeth to the oft-generalized complaint that the calendar has too many meetings. 60-minute meetings turned into 30 minutes. Weekly team meetings turned into monthly. “Let’s just remove this standing meeting entirely and see who actually misses it” was another technique that worked well.

Even so, our “meetings days” can get really dense

People typically take their 4-day workweek day on a Monday or a Friday. We’ve long had “meeting-free Wednesdays” and worked to hold the line on that. This means Tuesdays and Thursdays are where all the meetings go, and those days’ schedules can get dense and intense. Most view it as an investment in enabling the relatively meetings-free day to follow.

Even with all the above, finding “the next available time” isn’t ridiculously difficult. There’s usually a slot in the next week or two (on a Tuesday or a Thursday) available.

Going into the trial we were watchful for any client escalations about team availability or delivery cadence. There have been none. One reason: We stagger the individual 4-day workweeks such that Culture Foundry itself stays open and available 5 days every week. For clients desiring a support level with fast response, we offer a 24/7 option under our professional support program. Having a PM out “every other Friday” is also proving easy to accommodate in any project that’s running well.

If anything, it’s improved. One of the effects of the move to a 4-day workweek is unexpected: an increase in the number of “heads-down days” in a typical work week. The reason is that Mondays or Fridays are the days most choose to take off for the 4-day workweek program, meaning meeting load on those days is naturally lighter for everyone.

A 4-day workweek is equivalent to a 20% raise

Granted, it’s a raise in time rather than money, but in our business they’re essentially equivalent. This means our every-other-week trial run is effectively a 10% across-the-board raise. On the business / budgetary side adding that 10% load has been manageable, but also definitely noticeable.

Inflation is poised to test this “time over money” theory

We did no across-the-board salary increases during this trial. Instead, we focused on 10% across-the-board “time raises” in the form of the 4-day workweek trial. We bet that what the team needed to thrive was more balance not more compensation. That’s proven true in the last six months, but now that inflation has entered the chat, we expect that hypothesis to be tested and possibly re-evaluated in terms of our next steps forward.

Once you go forward, it’s hard to go back

We knew this going in. It’s a well-understood aspect of human psychology that the pain of losing a benefit outweighs the joy of gaining a benefit, by about a factor of two. So it would take a big wipe-out in the trial program for us to go back to the norm. It’s also why we elected to take the “50% step” rather than immediately diving into the 4-day workweek in full.

4-day workweek: what we’re doing next

We’re holding altitude for now: maintaining the every-other-week approach for 4-day workweeks for the next six months, with another evaluation at the end of year. The key change is that we’ve now established quantitative criteria for what would trigger the move to 4-day workweeks every week, to remove suspense and make this a shared goal everyone can contribute to and measure progress against. The criteria are:

We rolled out the 4-day workweek trial in tandem with a quarterly bonus program based on company profit. In tracking that, we share monthly aggregate income and expense information. In the rollercoaster world of agency life, achieving profitability can be a challenge, particularly when you’re doing crazy things like moving toward 4-day workweeks. That said, it can be done, and the chances go up when it’s a shared and public goal.

2) Two consecutive quarters of time-logging compliance of over 90%

This is more tactical, but getting everyone to log their time is a common bane in the agency world. We run a check on hours logging every Monday, and compliance historically has… varied. There’s no way we can make the model work without up-to-date utilization data, and by making this a public goal we again increase our chances of success.

The tactics and transitions to make the program work are important, but shouldn’t mask what drives it all: a strongly held underlying belief at Culture Foundry that values and respects time, the ultimate non-renewable resource. Our strategy is to build a team of dedicated, skilled professionals at the top of their game, and then – in a shocking departure from the corporate norm – actually treat them that way. We’re always looking for ways to be better at that, and the move toward a 4-day workweek is proving to be a key one.